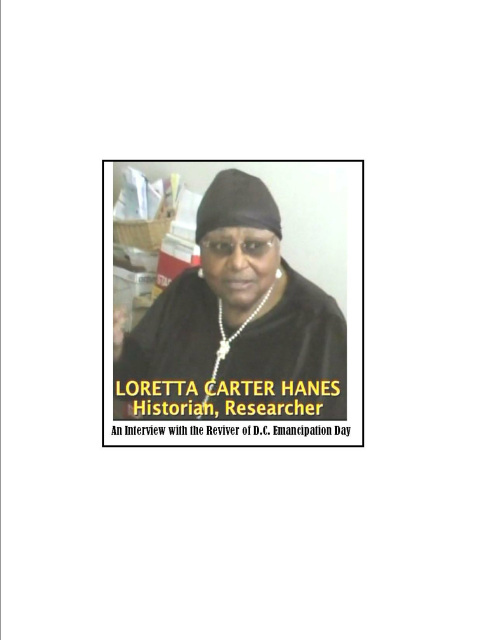 In this DVD Digital documentary, "Loretta Carter Hanes, an Interview with the Reviver of D.C. Emancipation Day", learn the remarkable story of how one woman's love for history and culture, lead her to the re-discovery of D.C. Emancipation Day. This historical commemoration, was revived due to Ms. Hanes' research and it became a legal holiday in the District of Columbia.

Because of her tireless research, she was interviewed by Ayo Handy-Kendi, founder/director of the African American Holiday Association (AAHA) This unique and intimate interview was filmed by John Davies 3, Ayo's husband. In this rare documentary, learn as Mrs. Hanes reveals little known "gems" of this history: